Morecambe – The Eden of the North

Morecambe Business Improvement District (BID) has vinyl wrapped two large, empty buildings in Morecambe’s centre to help brighten up the area, and highlight some of the great retail and leisure opportunities Morecambe offers. The two buildings that have been initially wrapped are the Hitchens Building on the promenade, and the John Gallagher unit on the corner of Euston Road and Market St.

Last year Morecambe BID commissioned local photographer Johnny Bean with a brief to “bring the essence of the business out” without resorting to plain old ‘shoot and scoot’ photography. The intention was to highlight the independence, quirkiness and individuality of Morecambe’s business offers whilst, at the same time, producing a fun and light-hearted campaign. The results speak for themselves. The intention is not to advertise the individual business, as such, but the town and what it offers.

It is also the first time that the new slogan “Eden of the North” has been displayed in public. This slogan is an updated version of the old tagline “Naples of the North” and it draws a connection to our past as a premier resort, and the future as the host of only the second Eden project in the UK, and Europe.

John O’Neill, Manager of Morecambe BID, commented: “We wanted a different campaign, one that would bring the essence of the businesses out without resorting to the ‘butcher with a plate of sausages’ shot. Johnny managed to capture the essence of the brief very well and there is a fun element involved, as well.

“Every shot features a gull, not as obvious in some as in others, and there’s a quirkiness about it. In ‘Gullfight on Victoria St.’, Gully, our webcam sensation, is seen packing a six-shooter whilst facing down Colin Brown who’s only armed with a blow dryer. Gully, of course, gone on to become a More-Cam celebrity by constantly hogging one of the recently installed webcams https://morecambebid.com/more-cam/ “.

Seagulls are part of the story

Johnny Bean added: “John at Morecambe BID and I discussed the shoot, and from the off, we both knew we wanted something creative, quite quirky and unlike a normal business/town centre promotion, something that reflected the unique, independent flavour of Morecambe, playful and uplifting but also eye-grabbing so it would attract attention. The seagulls were a nice hook to tie the set of images together. It’s pretty unusual to be given that kind of free creative reign on a project such as this, so I have great respect for the fact that Morecambe BID was happy to give me that freedom, and for the individual business owner’s too, who listened to my crazy ideas and all said yes!”

As well as the iconic photography, some of the panels summarise the campaign: “Morecambe with is spectacular bay, wide open skies and whirling seabirds is preparing for a new tomorrow. Culture is at the heart of it and the pace is gathering. New shops and cafes are replacing the jaded arcades…art has been interwoven at every step, TV crews are arriving, the Eden Project is on its way and the eyes of the world are upon us.”

Mal Garnett, Managing Director, Apparatus said: “As creative director for the campaign, the decision was easy to feature Morecambe people as the heroes of the town, beautifully captured by Morecambe photographer Johnny Bean.  Morecambe isn’t your usual seaside town, the people who live and work here are the essence of this place; fun, quirky and all individual.  The campaign celebrates our differences, the people and the true hidden vibrancy of this part of the world. Watch out, things can only get better.” 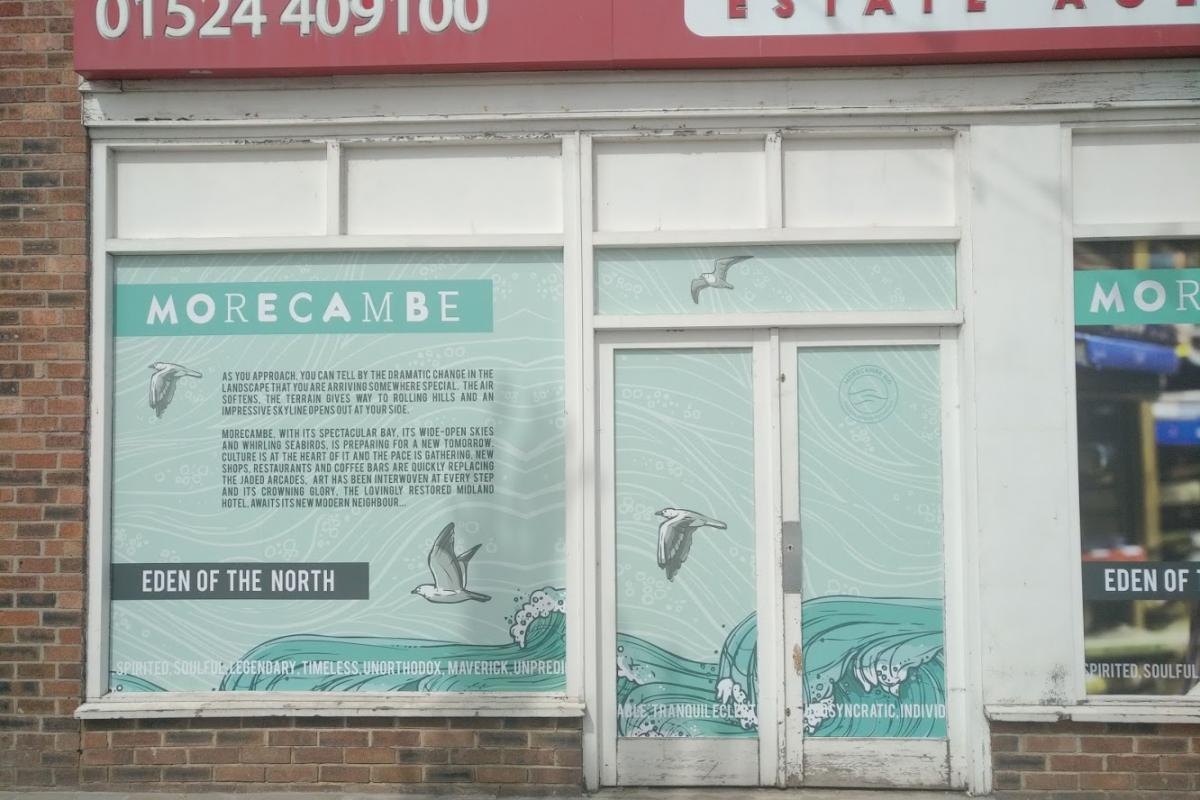 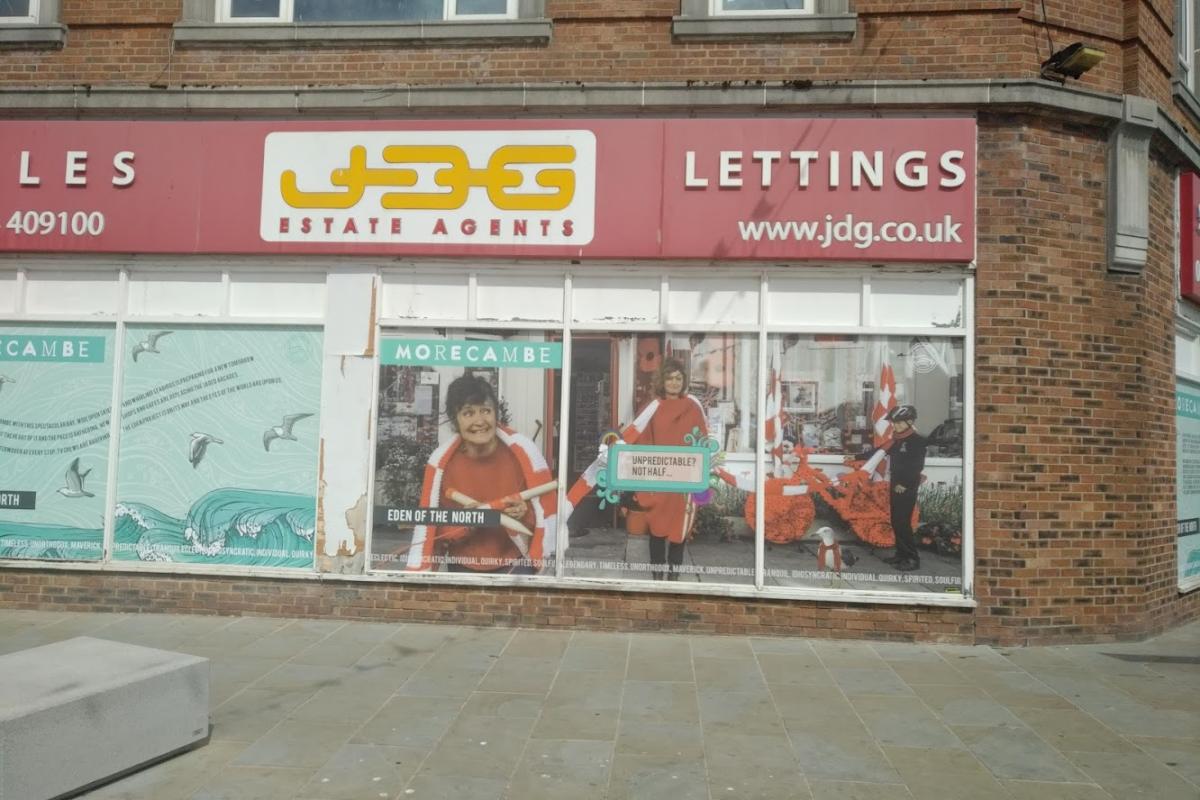 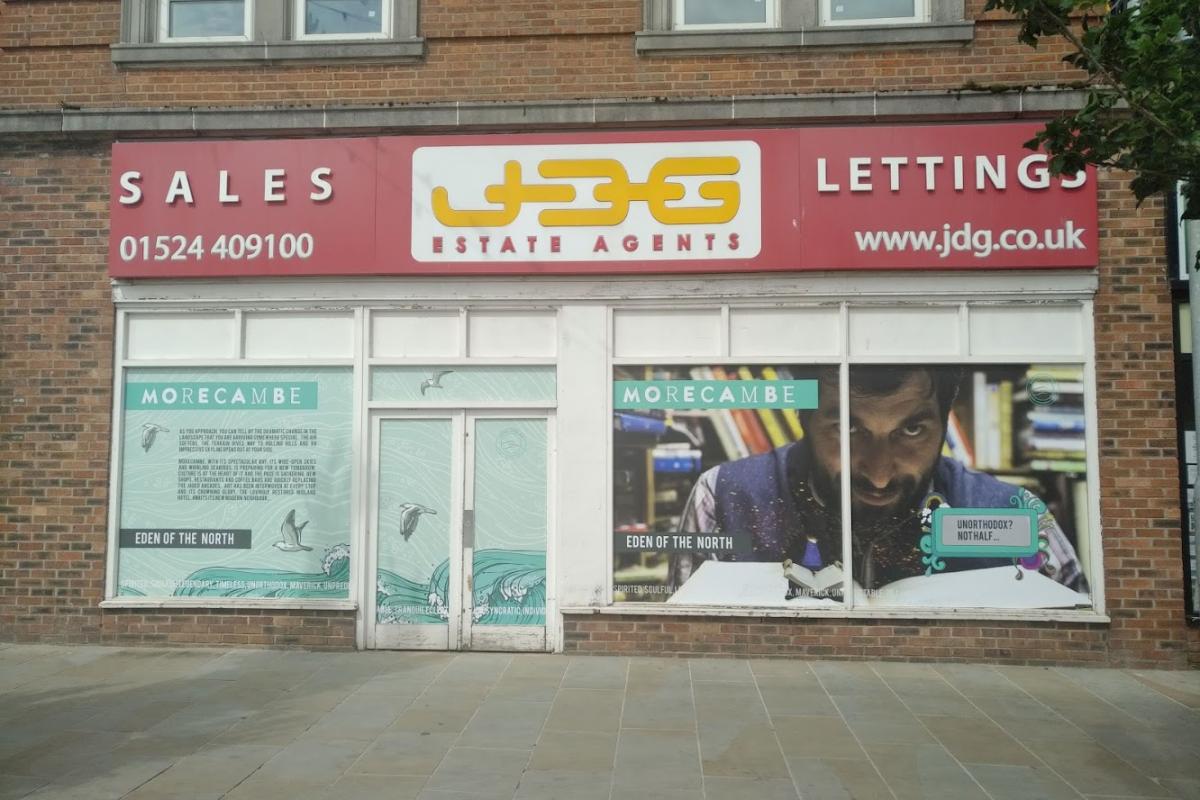 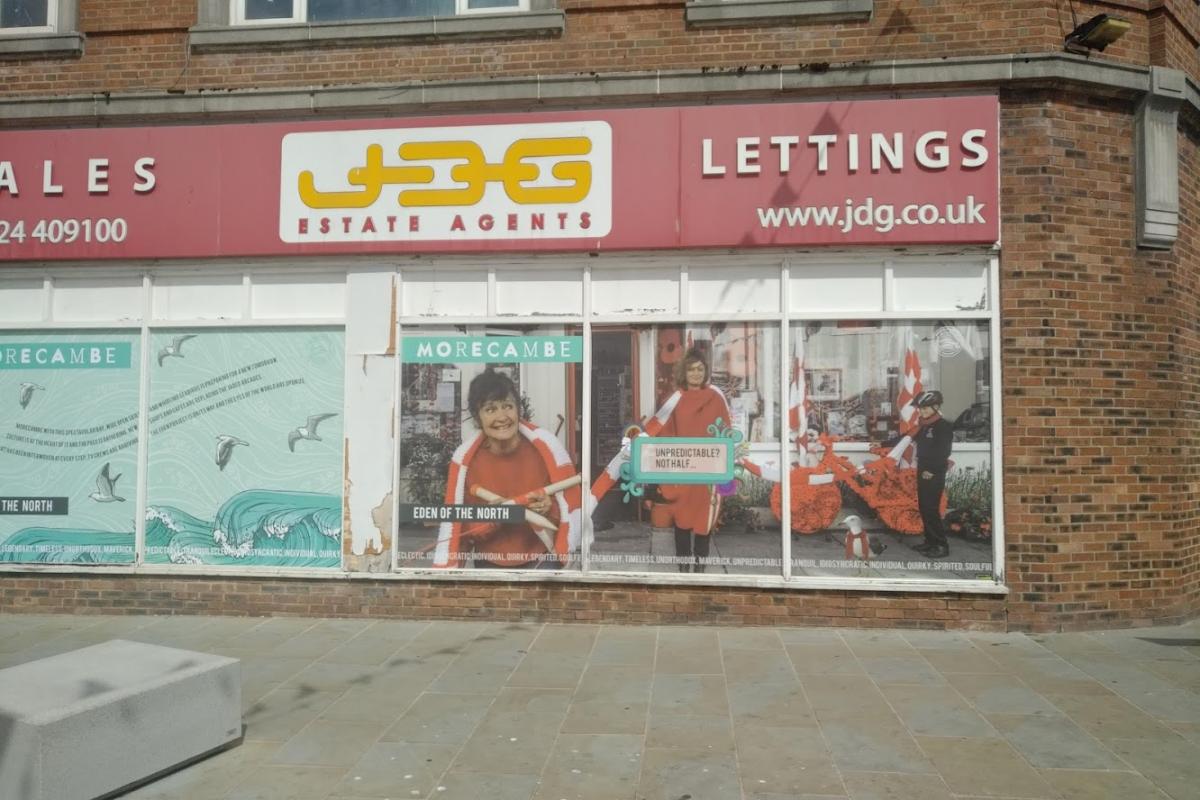 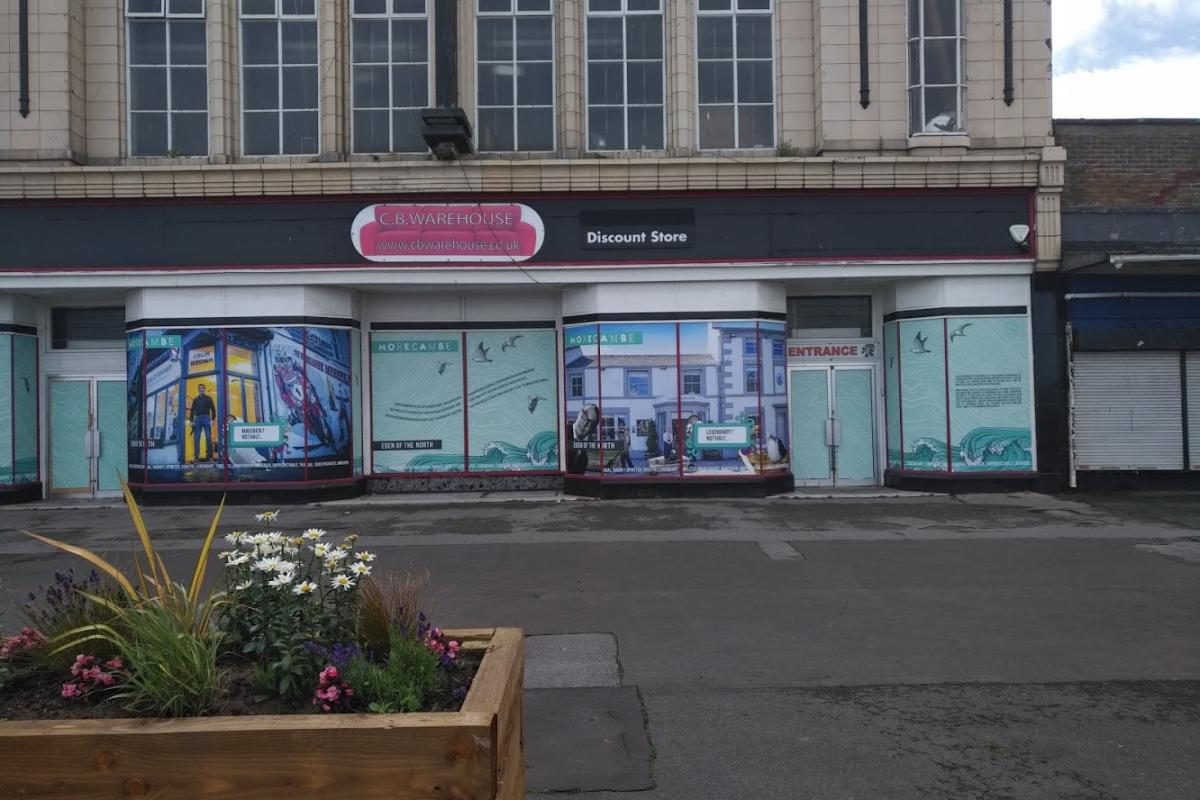 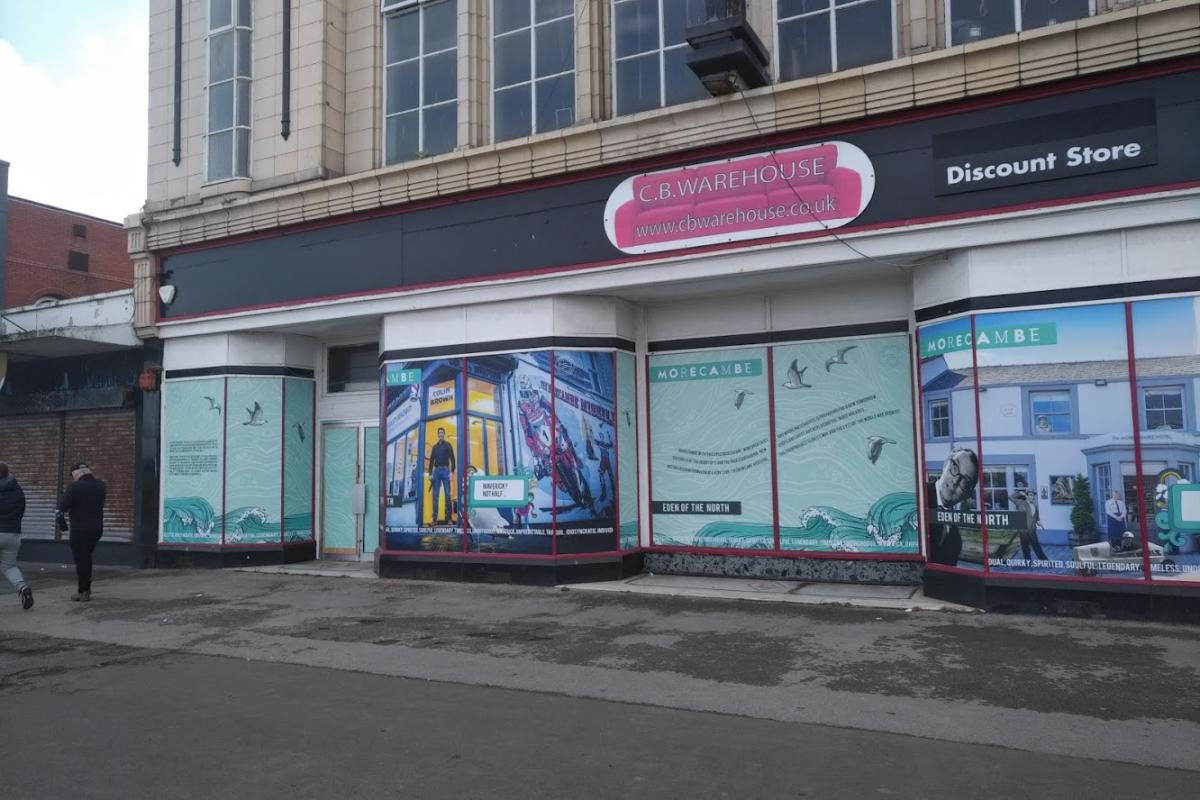 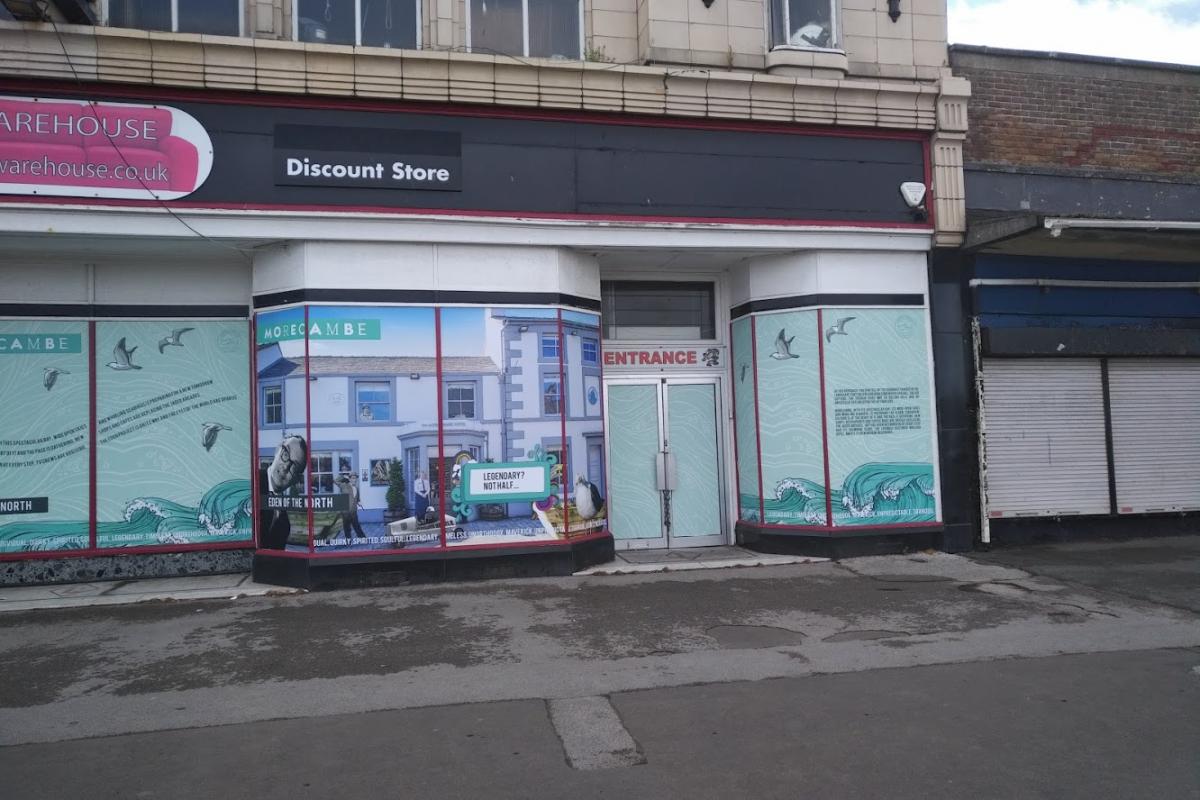